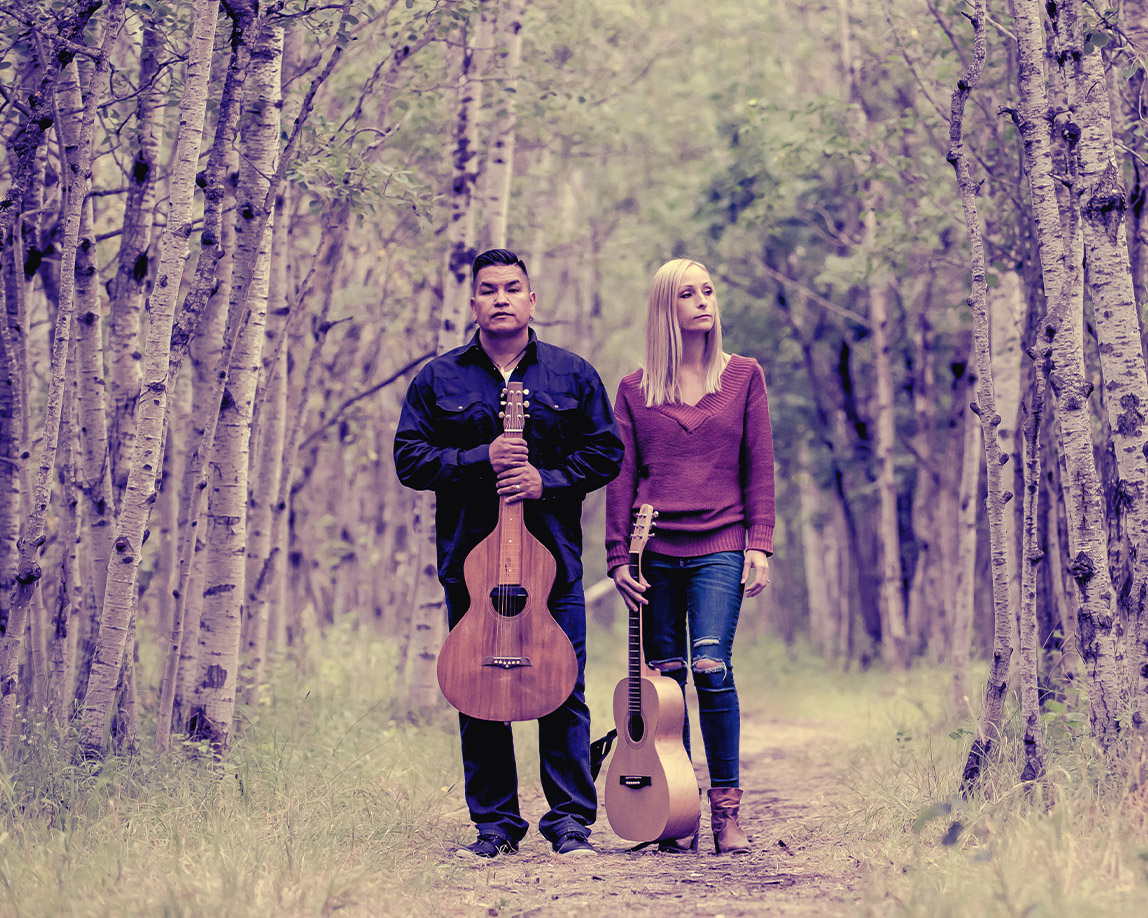 Indigenous Artist or Group of the Year  2021

It’s folk music that’s brimming with the kind of chemistry that could only come from a husband and wife. Jason, a Plains-Cree guitarist, and Nadia, a Francophone-Métis singer-songwriter, create the award-winning duo: Burnstick. Two performers whose voices and languages blend together with ease, Burnstick pushes the boundaries of contemporary folk music, weaving together the unique sounds of vintage Weissenborns with intriguing vocal harmonies, while allowing the beauty of simple melodies to shine through. Between their witty banter and delightful stories, it is hard to deny the magic they create as they command the stage with their palpable performances.

In 2015, they created an award-winning all-original lullaby album that married languages and bridged cultures. Coming back to their folk roots, Burnstick has released, Kîyânaw, featuring thunderous singles “Pay No Mind” and “Some Kind of Hell”, topping the charts of NCI’s Indigenous Music Countdown in Canada. The album has since been nominated for Americana Album of the Year at the Independent Music Awards, and for Indigenous Artist of the Year at the Western Canadian Music Awards. With this album, Burnstick encourages the reclamation of each other’s respective cultures while choosing to be stronger, together.