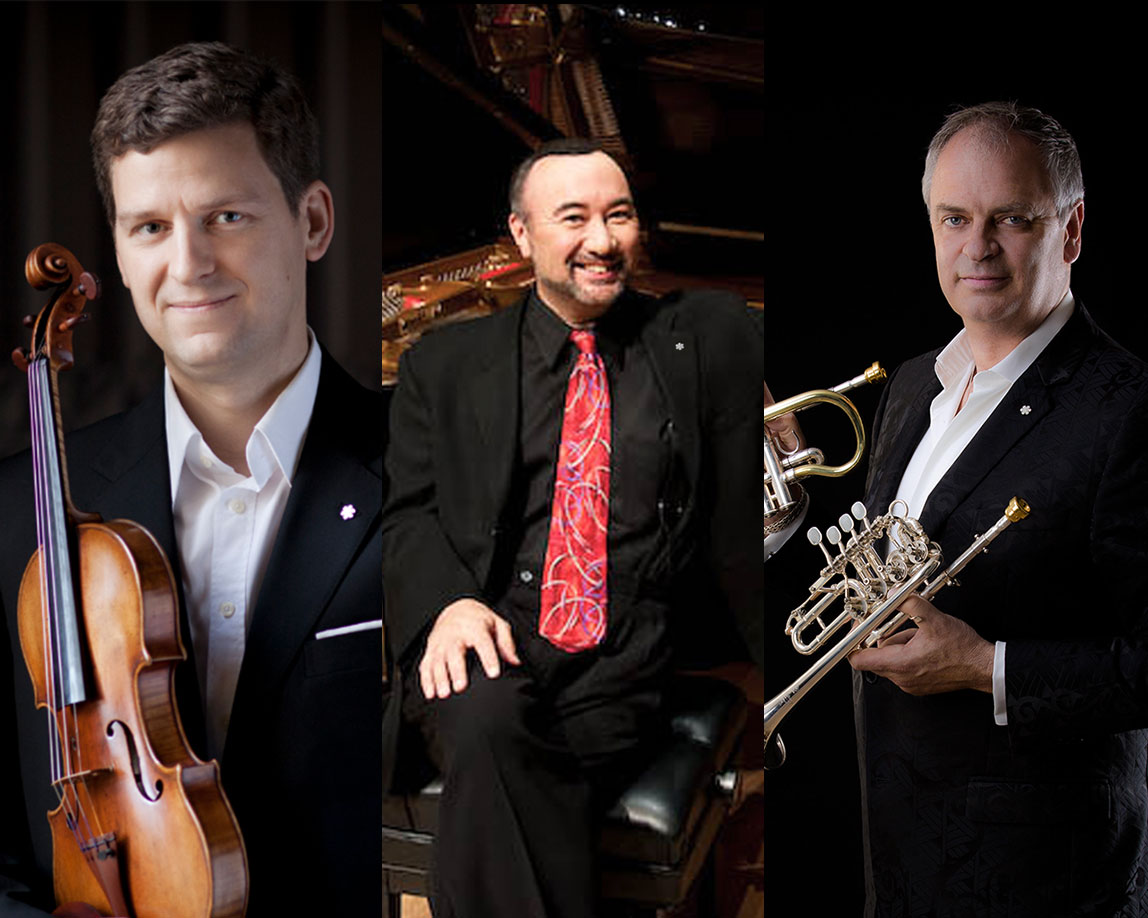 Classical Album of the Year: Solo or Chamber  2021

“James Ehnes’ long list of orchestral solo appearances includes, the Boston, Chicago, London, NHK, Vienna, Los Angeles, New York, Cleveland, and Philadelphia orchestras. He has won numerous Grammy and JUNO awards including ‘Best Classical Album of the Year’. As a chamber musician, he has collaborated with leading artists such as Andsnes, Lortie, Yo-Yo Ma, Tamestit, Vogler and Yuja Wang. Ehnes is also a recipient of the Order of Canada.

Pianist Jon Kimura Parker is a veteran of the international concert stage, he has performed regularly in the Berlin Philharmonie, Carnegie Hall, London’s South Bank, the Sydney Opera House. He won the Gold Medal at the Leeds International Piano Competition, received Honorary Doctorates from the University of British Columbia and the Royal Conservatory of Music and received the Order of Canada.

As the first classical brass soloist to ever receive the Order of Canada, Jens Lindemann has played both jazz and classical in every major concert venue in the world: from the Philharmonics of New York, Los Angeles, London, Berlin, Moscow and Tokyo to Carnegie Hall. Jens has also won major awards ranging from Grammy and JUNO nominations to winning the prestigious Echo Klassik in Germany as well as receiving several honorary doctorates. “