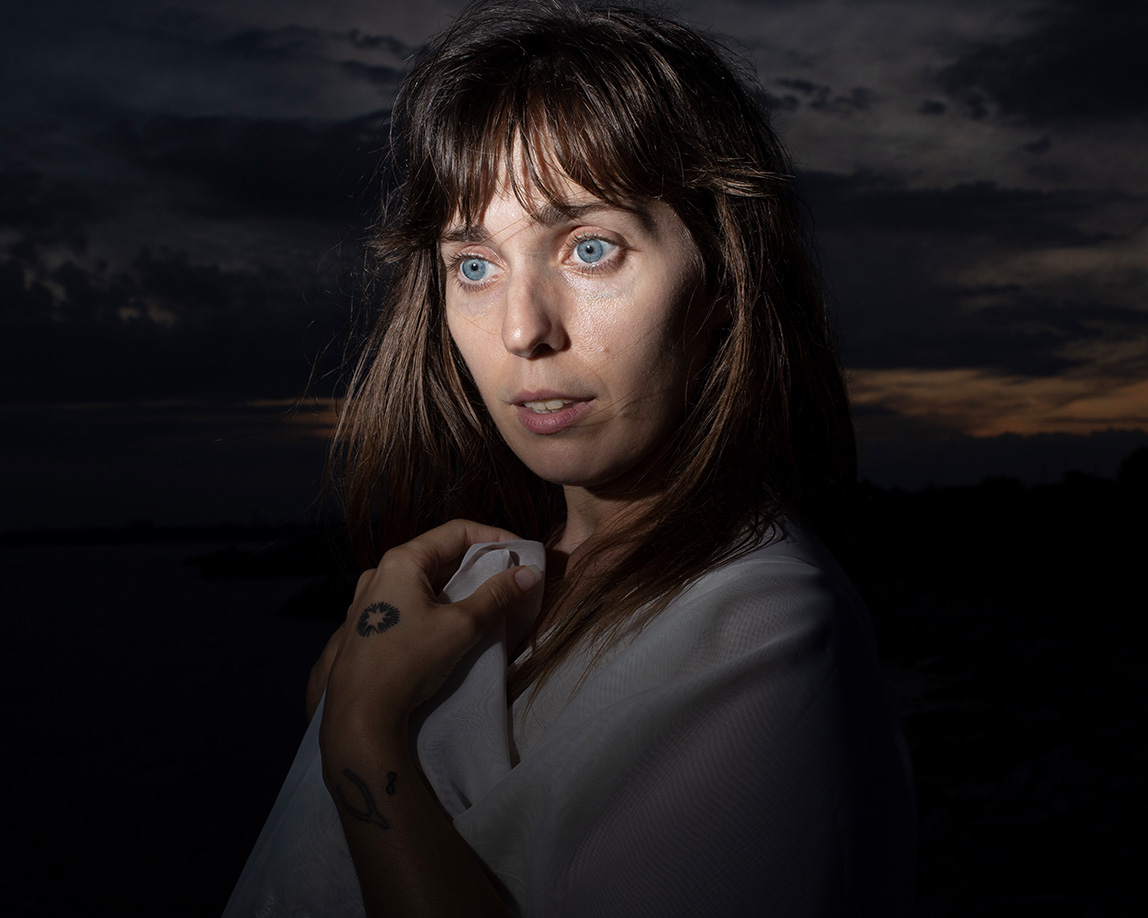 The album was written and recorded while Remy was still touring her formidable U.S. Girls Poem album, incinerating stages with an anachronistic blend of politicized disco pop and aggressive, theatrical improvisation. In counterbalance to this energy, she worked with co-writers Basia Bulat and Rich Morel to develop the core of Heavy Light, a set of songs conceived as a richly arranged balance between orchestral percussion (as arranged by percussionist Ed Squires) and the human voice. In studio, group harmony vocals were undertaken by a cast of diverse singers (conducted by Kritty Uranowski) who lent not only their voices, but also shared reflections on childhood experience. These memories were prompted by Remy in recorded interviews she later collaged into moving spoken word interludes, stitching together the record’s thematic tapestry. The songs themselves provide a sonic departure from those featured on Poem. With arrangements collaboratively spearheaded, the production features no trap kit drums, but a cornucopia of acoustic frequency from vibes, marimbas, piano and upright bass. The resulting album finds Remy casting herself as lead voice among a harmonious multitude, as on album opener “4 American Dollars”, an update of U.S. Girls patented blend of politic and disco beat (and as close as Heavy Light comes to revisiting Poem).