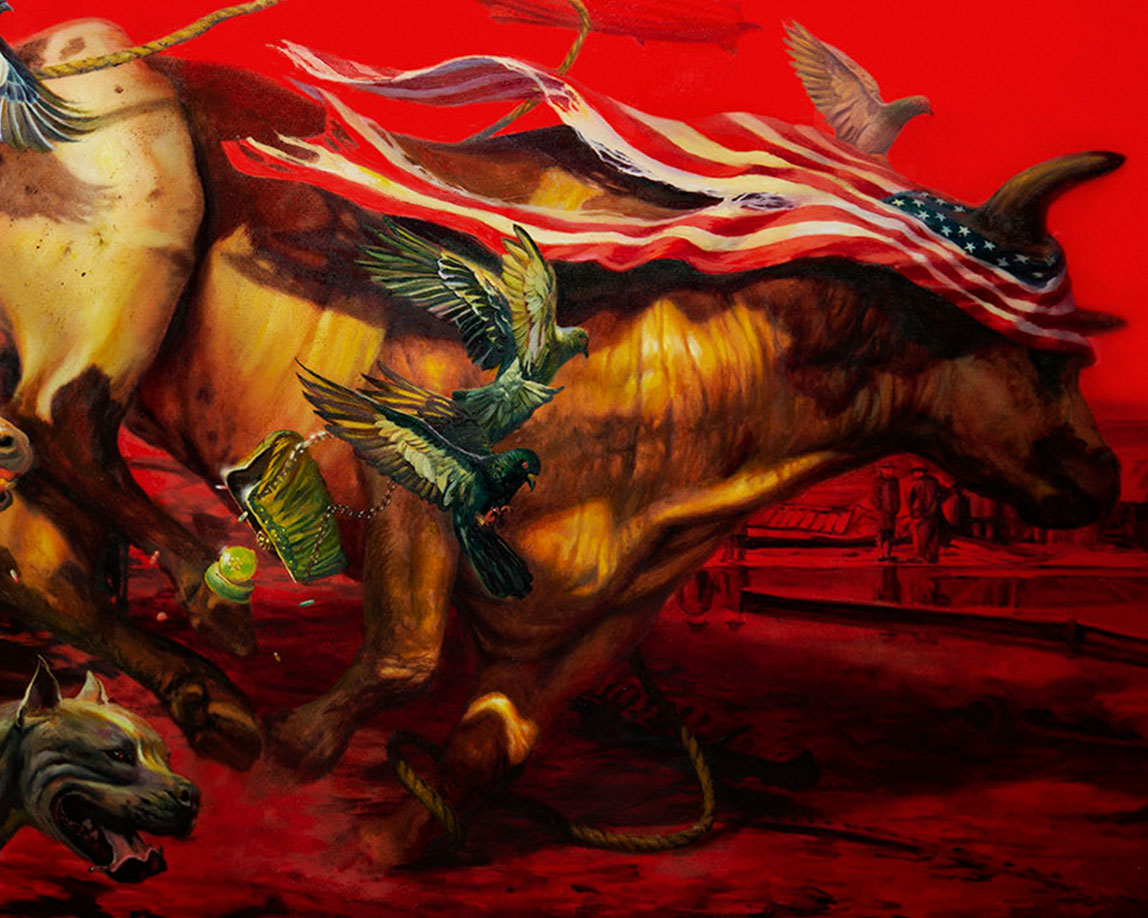 Luke Hoskin has been the lead guitar player and writer for the Canadian progressive metal act Protest the Hero. Luke has further expanded his career into being the co-creator of internationally known music transcription company ‘Sheet Happens’ and launched a line of his signature guitars through Ibanez.

Martin Wittfooth was born in 1981 in Toronto, Canada. He spent his childhood in Finland, before moving back to Canada as a teenager. It was in Toronto that he earned his BAA in Illustration at Sheridan College in 2003. Wittfooth then moved to New York City where he received his MFA at the School of Visual Arts.