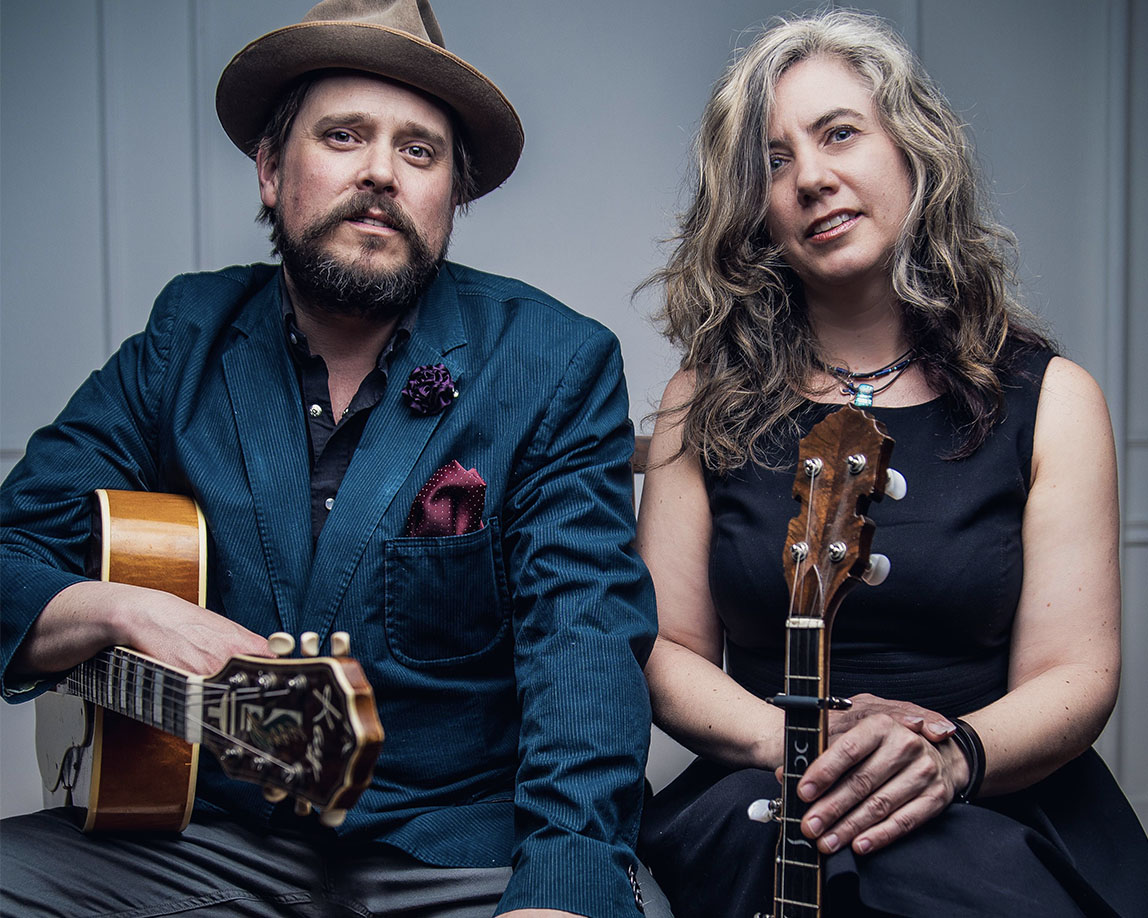 Traditional Roots Album of the Year  2020

The Small Glories , Assiniboine & The Red

Roots duo The Small Glories are Cara Luft & JD Edwards, a musical tour-de-force partnership planted on the Canadian Prairies. With a stage banter striking a unique balance between slapstick and sermon, these veteran singer-songwriters have a way of making time disappear, rooms shrink, and audiences feel as though they are right there on the stage with the band.

On record, Luft and Edwards take the musical synergy honed from hundreds of shows together, and expand it into a new soundscape amplified by pounding drums and other textural embellishments which only reinforce the magic of their innate chemistry — a chemistry labeled the “Lennon-McCartney syndrome,” by Americana UK, writing, “Some things just work together… to witness a performance by The Small Glories is a rare opportunity to experience that indefinable quality that creates perfection.”

Luft and Edwards duplicate and reinforce each others’ many strengths and yet allow their distinct personalities to shine through, resulting in a live show that is as heartwarming as it is hilarious, as finger-picking proficient as it is relatable, and as Canadian as, well… it’s very Canadian. But that hasn’t stopped ‘em from winning over audiences from Nashville to the Australian Outback. Paste Magazine named them one of the 10 Folk Artists You Need to Know in 2019, saying “TSG may soon join duos like Mandolin Orange and Shovels & Rope among the ranks of Americana prestige.” Their highly anticipated sophomore album Assiniboine & The Red was released on June 28, 2019, on Compass/ Red House records.