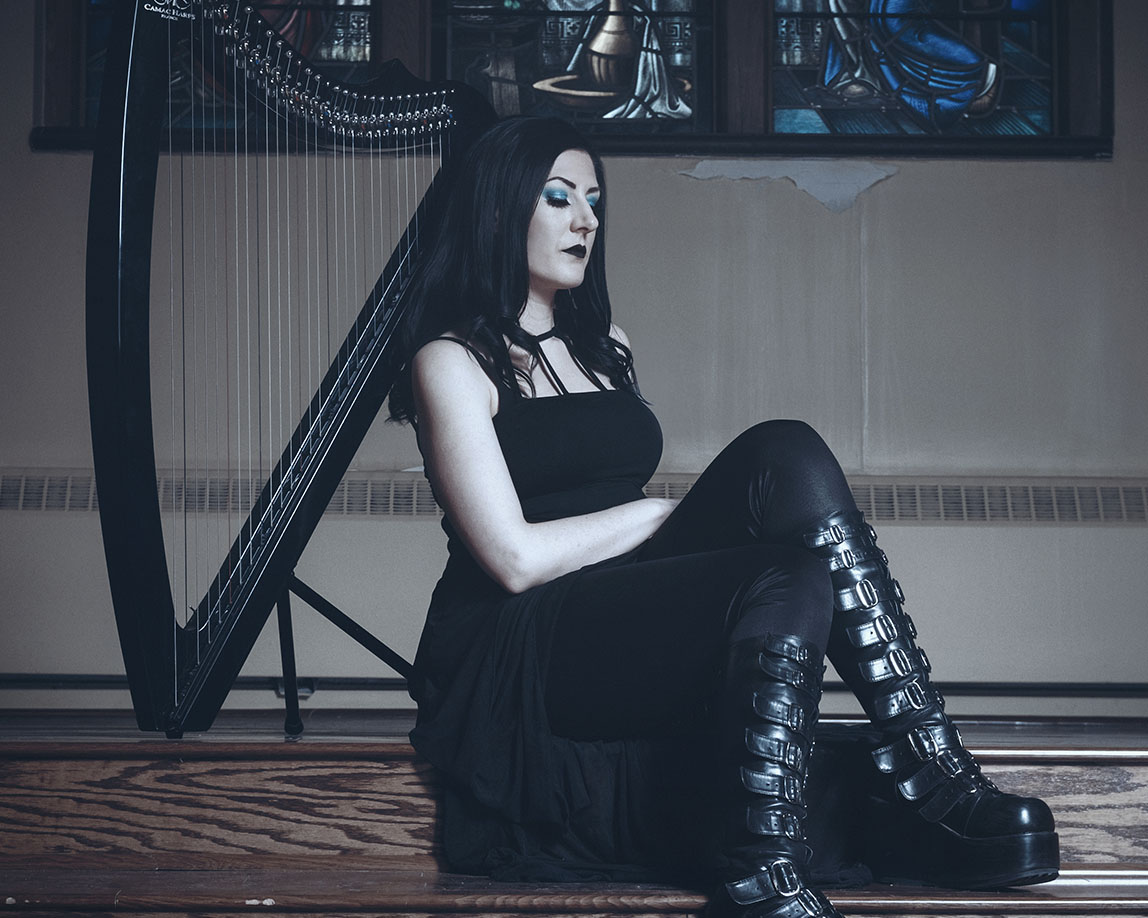 Lindsay Schoolcraft is a singer, songwriter, harpist, and pianist from the city of Oshawa, Ontario, Canada. She was discovered and recruited by British extreme heavy metal band Cradle of Filth in 2013 and was promoted to a full-time member in 2014. Since then she has joined them on countless world tours and appears on the albums Hammer of The Witches (2015) and Cryptoriana: The Seductiveness of Decay (2017) both released under Nuclear Blast Records.

In 2019 she released her debut solo album Martyr which features Rocky Gray (Grammy Award Winning ex-Evanescence Drummer) on guitars, drums, and as a co-songwriter. Together they combined their love of nostalgic Gothic Rock and film scores to bring you ethereal soundscapes that pay tribute to the past, but also have a modern flair. This album includes the talents of Producer Tyler Williams of Monolithic Productions located in Oshawa, Ontario. Orchestrations were provided by multi-award-winning film and modern media composer Spencer Creaghan and harsh vocals are performed by Xenoyr of Ne Obliviscaris on the track “See The Light’. “Martyr” has been released under Cyber Proxy Independent, a self-owned and home-grown Record Label.