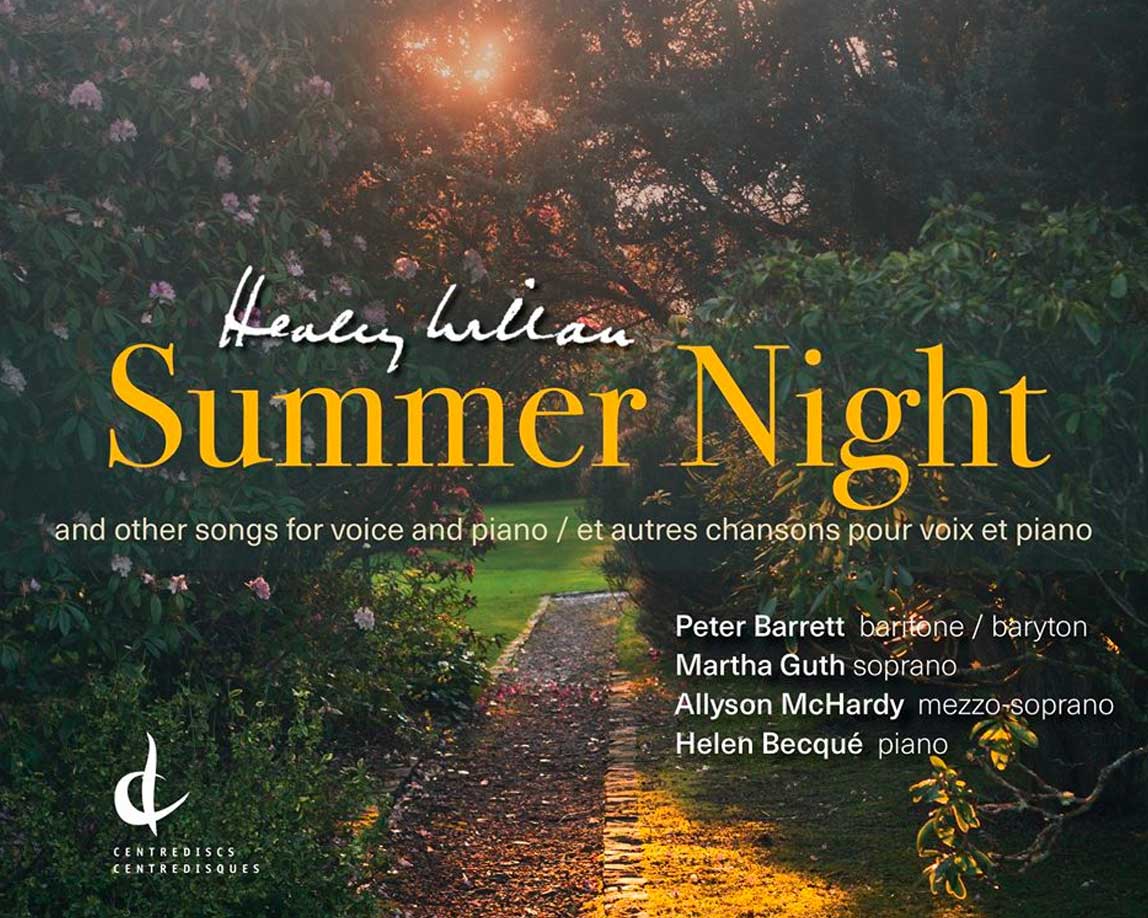 Baritone Peter Barrett is one of Canada’s most important and acclaimed artists on the opera and concert stage. Peter recently joined the roster of the Metropolitan Opera, where he made his debut in the role of Malatesta in Don Pasquale opposite Anna Netrebko.

Soprano Martha Guth has performed throughout the USA and Canada and her performances have been broadcast live on the BBC, NPR, CBC/Radio Canada and WDR in Germany. Martha is an Assistant Professor of Voice at Ithaca College, and is Co-Director of ‘Sparks and Wiry Cries’: a website, commissioning program and performance platform dedicated to Art Song.

A unique vocal colour and commanding stage presence are the hallmarks of performances by mezzo‐soprano Allyson McHardy. Hailed by Joshua Kosman of the San Francisco Chronicle as “a singer of enormous imagination and versatility”, she has appeared with the opera houses and orchestras across North America and Europe.

Helen Becqué was a finalist in the International Hugo Wolf Competition. She completed post-graduate studies with Helmut Deutsch in Munich and has worked with many of the most celebrated vocalists and pianists currently active. Immensely sought after as a vocal coach and teacher, she is currently on faculty at the University of Toronto.