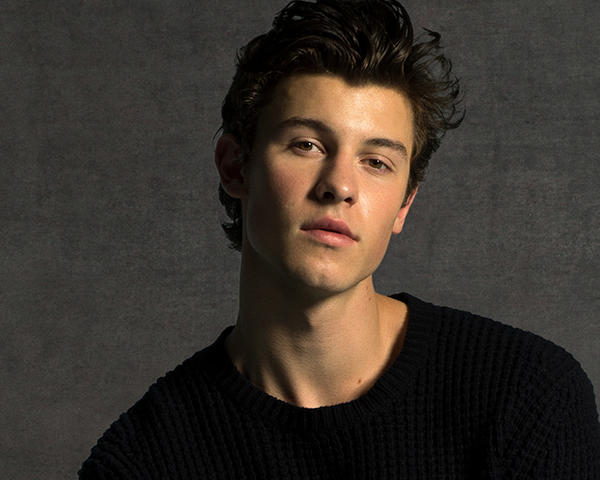 Toronto born multi-platinum singer/songwriter Shawn Mendes released his highly anticipated self-titled third album in May 2018. Shawn Mendes made Shawn the third youngest solo artist to ever have three #1 albums and became one of the top best-selling album debuts of 2018. The album shot to #1 iTunes on release in over 80 countries around the world. Throughout his career, Shawn has achieved two #1 album debuts with Handwritten (2015) and Illuminate (2016), two Platinum albums and seven consecutive Platinum and multi-Platinum singles. Worldwide, he has sold over 10 million albums, 100 million singles and has amassed over 11 billion song streams and 4 billion YouTube views. Shawn has completed two sold-out world tours with over one million tickets sold, selling out legendary arenas including NYC’s Madison Square Garden, Toronto’s Air Canada Centre and London’s O2 Arena in minutes. He topped Billboard’s “21 Under 21” in 2017 and has been featured on Forbes “30 Under 30,” Spotify’s “25 Under 25,” and Time Magazine’s “Most Influential Teens” for four consecutive years. Most recently he was featured in Time Magazine’s coveted Time 100 issue this year.