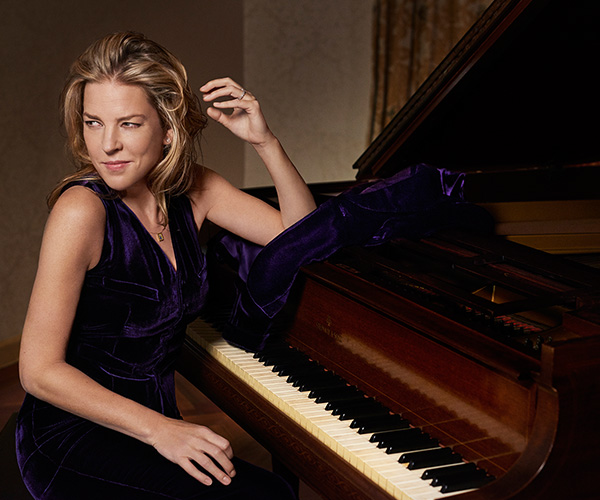 Diana Krall , Turn Up the Quiet

You only need to hear a few bars of Diana Krall's new album Turn Up The Quiet to sense the joy the artist took in making this recording.

Among the finest interpretative vocalists of the day, Diana Krall is first and always a jazz pianist, her touch is discreet but also full of swinging, playful humor, never more so than during her solo on "L.O.V.E" and the carefree introduction to "I'm Confessin'".

This time out Diana is most determinedly a bandleader rather than a featured singer. She has chosen the repertoire, conceived the ensemble arrangements and gathered three distinct bands for the sessions.

Turn Up The Quiet is a co-production with Tommy Lipuma, producer of many of Krall's most acclaimed albums, including, All For You, When I Look In Your Eyes, The Look Of Love and Quiet Nights and once again recorded and peerlessly engineered and mixed by Al Schmitt at Capitol Studios in Hollywood, California.

Turn Up the Quiet
YEAR