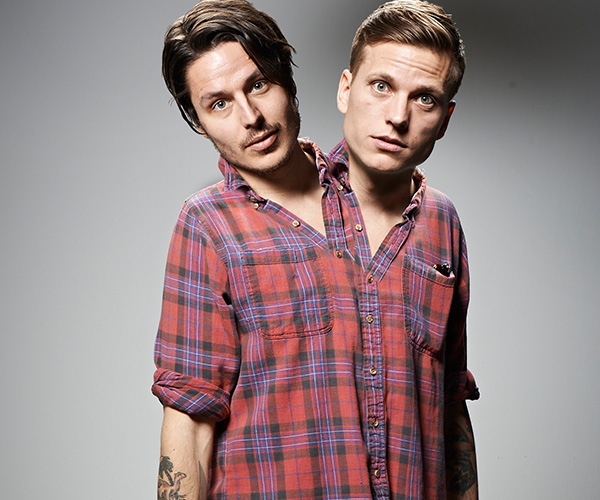 Separately, Shane Cunningham and Mark Myers are both Promax award-winning directors, but together they combine a unique visual style with a comedic sensibility that can probably best be represented by Shane’s Michael J Fox “Teen Wolf” tattoo.

For the past 6 years, directing-duo Shane and Mark, aka SHANE&mark, have worked together on music videos, commercials, and a feature-length documentary currently on Netflix.

Most recently the pair teamed up to direct “Knocking at the Door” for the Arkells, which was directed over three days and included some cool shots and hot/flaming dunks. In addition to winning an MMVA for fan fav video it also won over sports fans as clips from the video were used by several sports teams as a rally cry to their fans.

KNOCKING AT THE DOOR - Arkells
YEAR