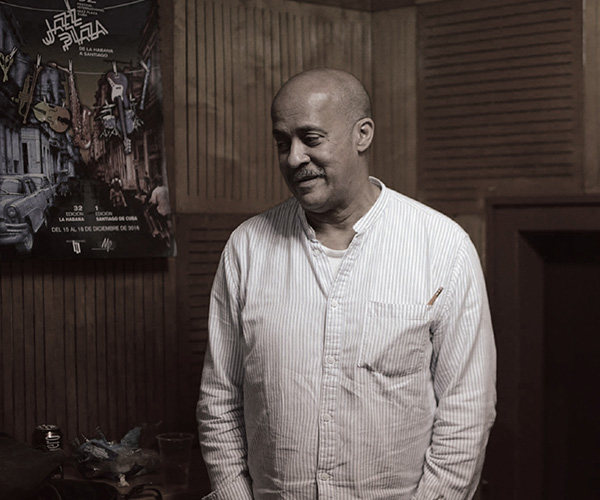 Hilario Durán makes a triumphant musical homecoming on his new album Contumbao. Internationally recognized as a jazz pianist, composer, arranger and bandleader of the highest order, the Cuban-Canadian Duran has been based in Toronto for the past two decades, but his musical heart and soul have remained closely connected to the land of his birth.

"For a long time I have wanted to go back to Cuba and play and record with my longtime musical friends there," Hilario explains. "I told Peter Cardinali [head of ALMA and Hilario's longtime producer] of my idea, and he supported me completely."

Last November, Cardinali and award-winning engineer John 'Beetle' Bailey set up shop in Havana's famed EGREM recording studio, the most storied such facility on the island. This is where the young Duran had recorded hundreds of sessions, as a pianist, arranger, composer and musical director. "The studio has not changed a lot since then," he says. "The vibe of the room is the most important thing and it still sounds great."

An all-star cast was assembled, and Contumbao was recorded in a 10-day period Hilario describes as "very intense. There was a lot of energy at the sessions."