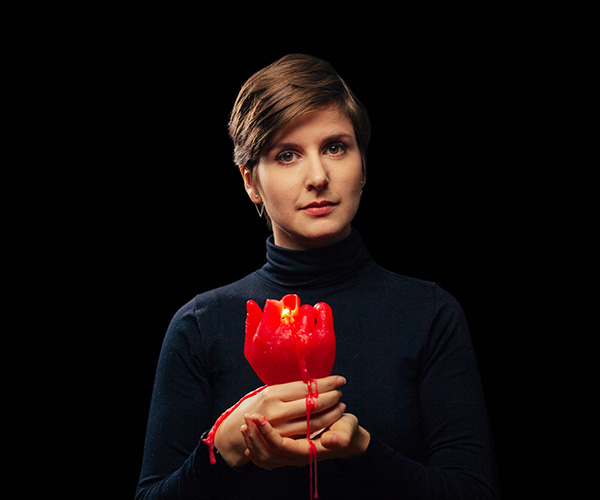 Francophone Album of the Year  2018

Since her stage debut, Klô Pelgag has been an enigmatic, yet joyful breath of fresh air on the Francophone music scene. The singer-songwriter has truly become one of the most unique and meaningful artists of her generation. Klô Pelgag has played over 250 shows, performing all around the world. Her concerts have become great happenings in Canada, Belgium, France, Switzerland and Japan. Her widely acclaimed debut album L'Alchimie des monstres (2013), allowed Klô Pelgag to reach out to a broader audience. Released in 2016, L'Étoile thoracique has since been featured on many best of the year lists in addition to being long-listed for a Polaris Music Prize. She was also handed the Prix de la chanson SOCAN for her single Les ferrofluides-fleurs (an award she shared with Karl Gagnon, who co-authored the song). It has also received 11 nominations at the 2017 ADISQ Gala of which she received four Félix (the ADISQ award): Album of the Year – Alternative; Album of the Year – Critics' Choice; Producer of the Year for Sylvain Deschamps, Mathieu Pelletier-Gagnon, Klô Pelgag, and finally, Songwriter of the Year.