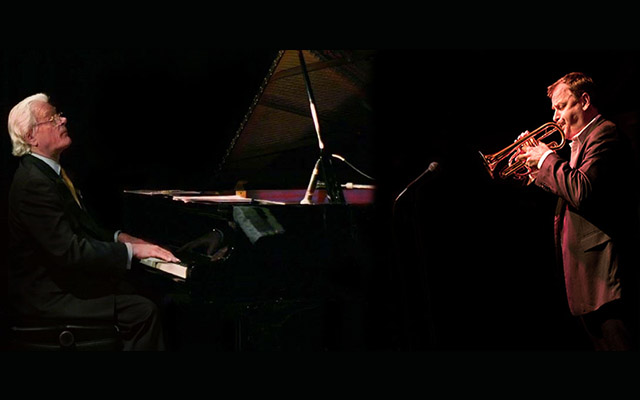 Instrumental Album of the Year  2016

As the first crossover brass soloist to ever receive the Order of Canada, trumpeter Jens Lindemann is hailed as one of the most celebrated artists in his instrument’s history and has played both jazz and classical in every major concert venue in the world: from Los Angeles, London, Berlin and Tokyo, to Carnegie Hall. Jens has also given a Command Performance for Her Majesty the Queen and was a featured soloist at the Vancouver Olympics. He has received both Grammy and JUNO Award nominations and won the prestigious Echo Klassik in Germany.

Tommy Banks is a pianist, conductor, arranger, composer, television personality and former Canadian Senator. He is the recipient of the JUNO Award, the Gemini Award, the Grand Prix du Disques-Canada, and several ARIA Awards. He was musical director for the XI Commonwealth Games, EXPO ’86, the XV Olympic Winter Games, countless television shows, and is an Officer of the Order of Canada.

In the more than fifty years since his professional debut, Tommy Banks has become a part of almost every facet of Canada’s entertainment scene.