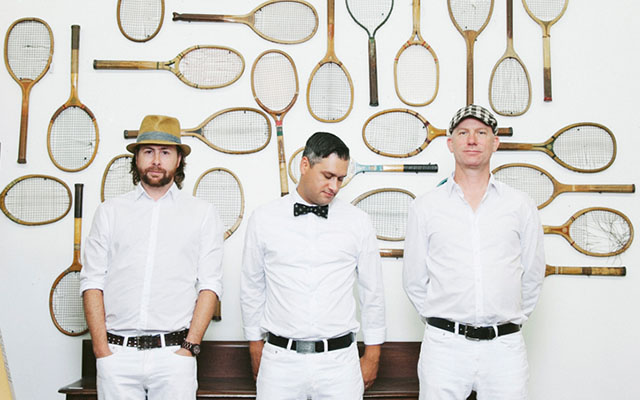 "Work and Love is the follow up to Days Into Years, Elliott BROOD’s JUNO Award winning record, which was the follow- up to 2008’s Polaris Prize short-listed Mountain Meadows. Like its predecessors, including the 2004 debut EP Tin Type and 2006’s JUNO Award-nominated Ambassador, it mines real history to connect songs that are deeply personal in a cinematic, narrative way. Unfolding like a series of movie scenes, it looks to the future by starting with the past. Elliott BROOD have always been time travellers. The Toronto trio writes songs steeped in history that feel very present. They’ve done their share of actual travelling, too, these musical troubadours, acoustic guitars and banjos slung over their sharp suits as they barnstormed across Canada and beyond. Since forming in 2002, Elliot BROOD has become a Canadian music institution. (The 2004 campus radio hit “Oh, Alberta!” remains a national treasure.) But after touring with acts like Wilco, Blue Rodeo, Corb Lund and the Sadies, playing festivals across North America, Europe and Australia and scoring the 2010 film Grown-Up Movie Star (for which they earned a Gemini nomination for Best Original Song), the band now also has a global presence.