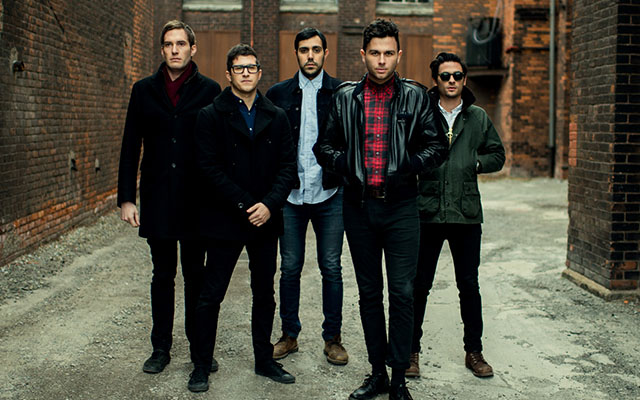 Arkells met in school. They are a critically acclaimed rocknroll band, known for their classic songwriting, electric live show, and workman-like touring ethic.

Jackson Square, the band’s first full length LP was released in 2008 to critical and commercial acclaim, garnering the JUNO Award for New Group Of The Year in 2010. In 2011, they released Michigan Left, a collection of blue-eyed soul, sing-a-long anthems. In 2012 they won the JUNO Award For Group Of The Year, and the CBC Music award for Best Live Band.

Their new album, High Noon, was written in Hamilton and produced by Tony Hoffer (Beck, The Kooks, M83). This collection of songs is the band’s most unabashed effort yet – politically charged, heart on your sleeve lyrics combined with adventurously modern and throwback production stylings.