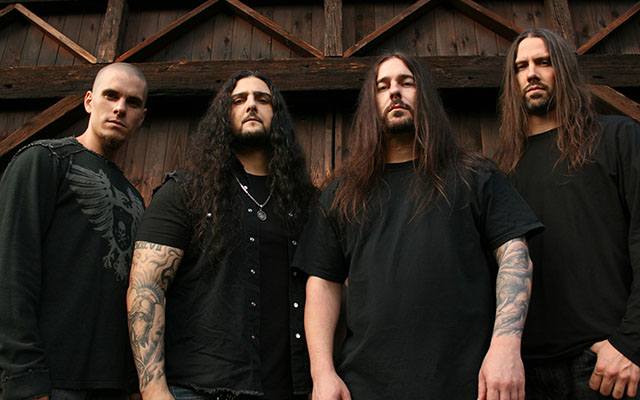 Metal/Hard Music Album of the Year  2015

Kataklysm , Waiting for the End to Come

Canadian death metal legends Kataklysm officially formed in the fall of 1991, they released a now classic demo called Death Gate Cycle Of Reincarnation in 1992 that got world attention and a record deal with Germany’s Nuclear Blast records, the band signed in 1993 and immediately released the demo on CD format and added the bonus track “The Orb Of Uncreation” which resulted in the creation of the critically acclaimed MCD The Mystical Gate Of Reincarnation,
The twelfth studio album Waiting For The End To Come was released in October. This album was recorded by guitarist and producer Jean Francois Dagenais (Malevolent Creation, Misery Index, Despised Icon, Ex Deo) and mixed by producer/engineer Zeuss (Hatebreed, Suffocation, Chimaira, All That Remains). Peter Sallai (Sabaton) has created the artwork for the standard jewel case and limited edition cassette tape versions and the artwork by Eliran Kantor (Testament, Hatebreed) will be features featured on the deluxe digipak and LP versions. On this album the drums were played by Oli Beaudoin (ex-Neuraxis ).

Waiting for the End to Come
YEAR