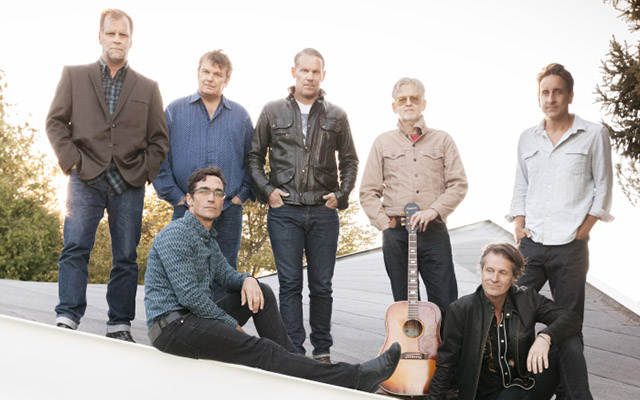 Twenty-six years after the release of their first album, Warner Music Canada recording artists Blue Rodeo prove that their creativity continues to bloom as they announced a plethora of information regarding the release of their 13th studio album. Titled In Our Nature, the album was released on Tuesday, October 29, 2013. In Our Nature was produced by Blue Rodeo, primarily at Greg Keelor's farm studio. While at Keelor's farm, the band had each musician set up and perform in separate rooms around the house giving the record a very warm and communal character. "Doing a lot of touring while making this record helped a lot," says Greg Keelor. "Everybody was getting along and the band was playing well together. I think it's a good crop of songs and everyone just played it right and they played it beautifully." With the addition of guitarist/singer Colin Cripps to the Blue Rodeo line-up, the band is now a seven piece; Jim Cuddy (vocals/guitar), Greg Keelor (vocals/guitar), Bazil Donovan (bass), Glenn Milchem (drums/vocals), Bob Egan (guitar/pedal steel, mandolin), Mike Boguski (keyboards), Colin Cripps (guitar/vocals).