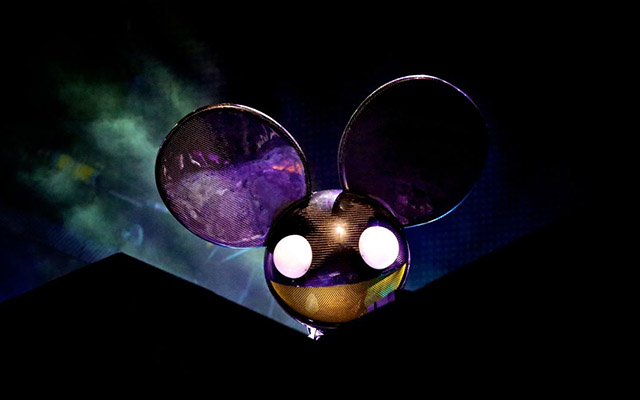 Joel Zimmerman, more commonly known as deadmau5 has enjoyed international chart success with his singles "Professional Griefers," "Sofi Needs A Ladder," "Ghosts ‘n’ Stuff" and "I Remember". He has also released four critically acclaimed albums: >album title goes here<, 4×4=12, For Lack Of A Better Name and Random Album Title. The multiple JUNO Award winning and Grammy Award nominated artist was the closing performer at the 2012 JUNO Awards and the 54th Annual Grammy Awards – as part of its first ever telecast performance highlighting electronic music. His ability to push the boundaries of his talent grows at an equal rate to his fan base, which counts over 7.9 million on his Facebook page. A major touring act, he has headlined Lollapalooza, Outside Lands, Sonar, Virgin Mobile FreeFest, Ultra Music Festival and Electric Daisy Carnival, and sold out PETCO Park in San Diego. He is the first Canadian to sell out the Rogers Centre in Toronto, as well as multiple consecutive nights at legendary venues like the Metropolis in Montreal, Roseland Ballroom in NYC, and the Palladium in Los Angeles. He appeared on the cover of Rolling Stone summer double issue, 2012), marking him as the first electronic artist to do so.