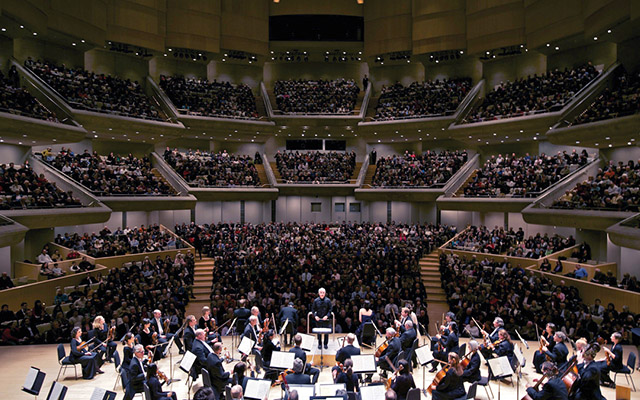 Founded in 1922, the Toronto Symphony Orchestra is one of Canada’s major cultural institutions and is internationally recognized as a leading orchestra. The TSO has an esteemed roster of musicians, many of whom are acclaimed solo and chamber ensemble artists, as well as teachers in music faculties across North America. Today, more than 225,000 patrons and over 85,000 students visit the Orchestra at Roy Thomson Hall each year. Under the leadership of Music Director Peter Oundjian, the TSO has increased recording and touring projects to include a self-produced record label, and performances throughout the U.S. and Canada. The Orchestra continues to develop its international presence by being an active supporter of new Canadian and international works through its annual New Creations Festival. The TSO is committed to innovative programming and each season presents a roster of distinguished guest artists. Throughout its history, the Orchestra has welcomed some of the greatest international artists, including James Ehnes, the late Maureen Forrester, Lang Lang, Yo-Yo Ma, Itzhak Perlman, Christopher Plummer, Emanuel Ax and Maxim Vengerov. Renowned composers Igor Stravinsky, Aaron Copland, Philip Glass, Tan Dun, Jacques Hétu and R. Murray Schafer, among many others, have been in attendance for the Orchestra’s presentations of their music.