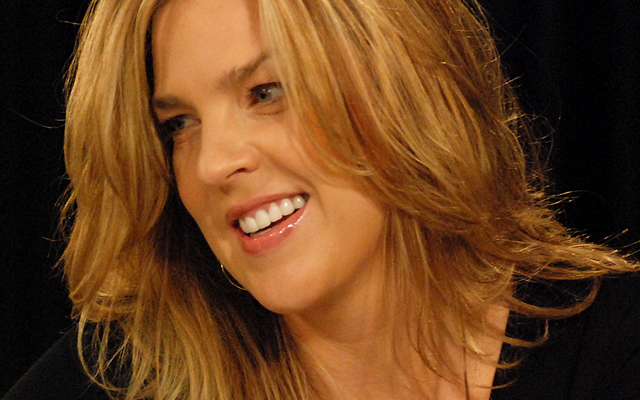 Diana Krall was born in British Columbia. She was raised in Nanaimo, a small community on Vancouver Island, where she began performing professionally at age 15 as a jazz pianist. In 1981, Diana won a Vancouver Jazz Festival scholarship to study at Berklee College of Music in Boston and, after a year and a half of serious study, she returned to British Columbia. Renowned bassist Ray Brown heard her playing one night in Nanaimo and convinced Diana to move to Los Angeles where she obtained a Canadian Arts Council grant to study with Jimmy Rowles. Jimmy encouraged Diana to explore her vocals to supplement her already blossoming piano skills. With several successful CDs to her credit, Diana has won numerous awards including a JUNO Award for Best Jazz Vocal Album (2000) and a Grammy for Best Jazz Vocal Performance (2000). She received the Order of British Columbia in 2000 for being a good-will ambassador for British Columbia and epitomizing Canadian culture. The greatest talent in the jazz field to come along in a generation, she frequently acknowledges her roots in Nanaimo where she began.