What's Next #ONMusic - The JUNO Awards 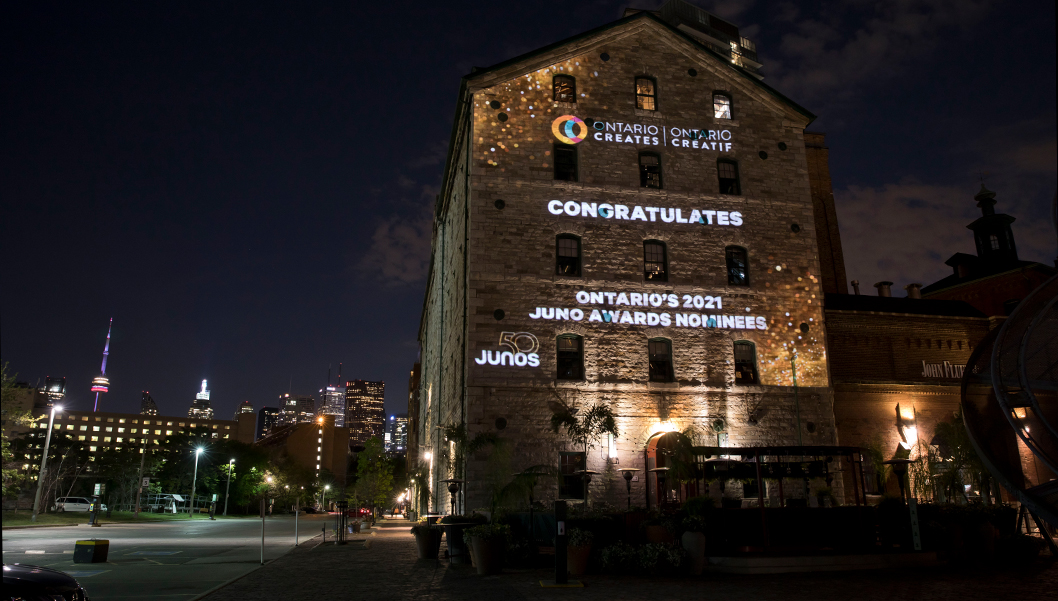 Agency, creative license and autonomy are important to independent creators. However, for creators in Canada, it is dually so especially for artists who aspire to obtain those elements while making music that is unique to their experiences, localized in their sound and sustainable in their approach, a growing trend emerging from the newest wave of artists from Ontario who champion the aforementioned characteristics as they continue to forge new paths with their careers and artistry.

Propelling their new sounds to the fore, challenging perceptions of the music that can be made in Canada and unapologetically repping their home cities, gone are the days of artists waiting for much-needed support. Instead a handful of artists are taking the initiative by creating collectives composed of friends and other creatively-minded individuals so they become that much closer to their dreams and on their own terms.

Among them are The Weeknd’s XO and Daniel Caesar’s Golden Child who have made both a sonic impression on Canada’s landscape and the former even establishing initiatives to encourage the next generation of creators. Through XO, the non-profit incubator and accelerator cross-disciplinary HXOUSE was established to foster collaborative learning for people belonging to a multitude of creative disciplines.

So what’s next for Ontario artists you may ask? Creating avenues underscored and powered by said artists themselves, and particularly for those belonging to marginalized or underrepresented communities. After all, they know best what their needs are and have been feeling more empowered to ask or just create their own opportunities. Ontario Creates and The Ontario Music Investment Fund (OMIF) are two organizations that have noticed this trend and since 2013 have provided investment to self-releasing Black and Indigenous artists. The OMIF (and the former OMF) have provided critical business and artistic development support that empowers artists to continue to pave their own path at all stages of their careers. Supported artists include: A Tribe Called Red, AHI, Exco Levi, Haviah Mighty, Jeremy Dutcher, and many more.

One of the artists who is no stranger to this movement is 2021 JUNO Award winner (Traditional R&B/Soul Recording of the Year Presented by ADVANCE, Canada’s Black Music Business Collective) Savannah Ré. “Doing things artist-led has changed everything for me. Going where you’re celebrated, not tolerated, changes the game because I’m able to freely speak any of the ideas I have,” says the Opia artist. A small team has powered the career of the JUNO-winning singer and songwriter but alongside her manager, Jeff Smith, partner and producer, YogiTheProducer, and having the support of Boi-1Da who afforded the artist of being the first signee to his imprint at Universal, 1Music, she’s been able to retain her creative license in a way that feels both fulfilling and empowering.

Additionally, having a music career where she’s able to take charge of its mobility allows her ideas to be affirmed and not challenged, which means a great deal as she’s given access to more resources to create. “I’m able to communicate exactly how I want to create,” says the “Where You Are” singer. “And then my team just helps to get it done. That’s just kind of how things have been going and that’s new. That’s new in my career.”

There’s definitely a transformative power in knowing that the path you’re on is forged by your own hands and by people who support your creative endeavours. For artists, this is a method that works. Not only does it do the job of checking off many of the important features that maximize the potential of artists and their artistry, but it also acts as somewhat of a blueprint for artists who don’t really know how to establish their own footing. The future is looking bright and that’s because artists are leading the way.

Article Powered by Ontario Creates. Discover some of Ontario’s first-time 2021 JUNO Nominees (including Savannah Ré) in the Homegrown Series, produced by Destination Ontario in partnership with Ontario Creates and CARAS here.