The Godmother of Canadian Rap - The JUNO Awards 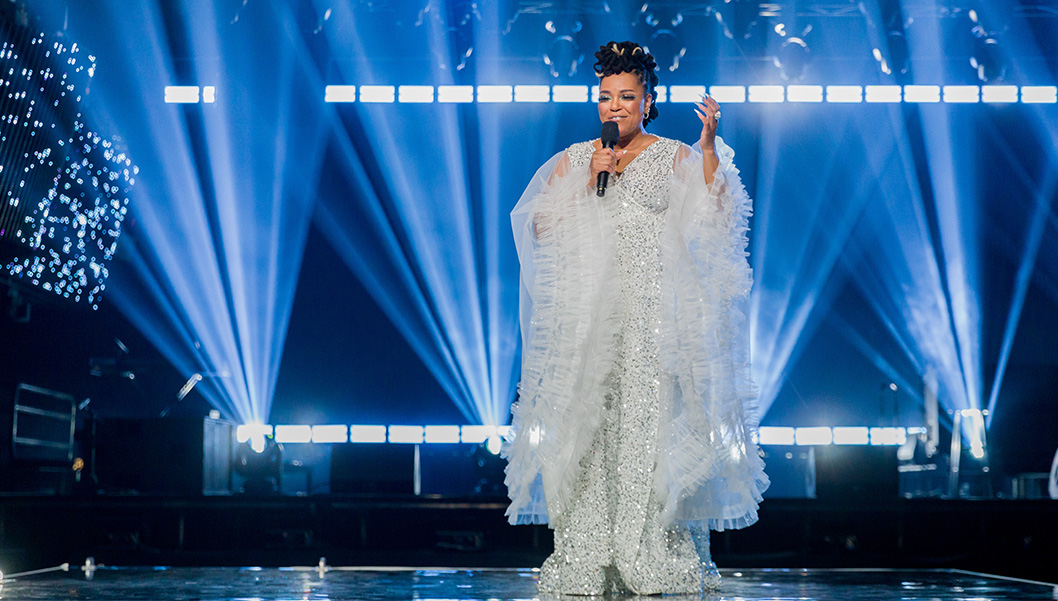 The Godmother of Canadian Rap

Michie Mee is a legend.

Since the inception of her career, she has found the ability to stay connected to her community, cultivate her own growth as an artist, all while staying true to herself.

“I always got to be me,” she says, reflecting on her career. The artist, born Michelle McCullock, moved to Jane and Finch from St. Andrews, Jamaica at six years old in 1976. Like most Caribbean children, she was surrounded by music, the poetry of Jamaican cultural icon Miss Lou, and acquired an affinity for the arts. Four years later, she was gifted an important record from her mother: The Sugarhill Gang’s 1980 record “Rapper’s Delight”. The artist was enthusiastic about the emerging sound, but she noticed something. She shares, “When I first heard the record, the record wasn’t what was being played at the parties and what was being played anywhere.”

At that time, hip hop was still in its infancy and rock rocked the airways. By the time Michie Mee was in high school, not much had changed, but she began to form community around people who were just as passionate about hip hop. Whether it be at the roller rink, at the local all-ages events or on the bus, Michiee Mee and friends gathered to indulge and share the culture. “We were extending the time on the bus, or taking a long time to get home after school. The pack of kids that would walk home, those were the kids that were usually talking about music or sports. That was the community we loved, we would just walk home and that’s how hip hop started when we finally came off the buses.”

Her love for the arts translated well when she attended high school. She was an involved and well-rounded student: she did track and field, joined a book club, and her burning passion to amalgamate all she loved into something tangible began to intensify. As early as 13, she had already made it a point to get connected with the burgeoning scene in New York. Though she had an aunt in the Bronx, with a fake ID she frequented the effervescent Latin Quarter nightclub in Times Square, the epicenter of hip hop’s live music performances. Without even knowing, she acted as a liaison between the hip hop scene in New York and the one that was slowly growing in Toronto. “They really came North before they went south”, she shared when discussing the former route hip hop artists had to take in solidifying fan bases. 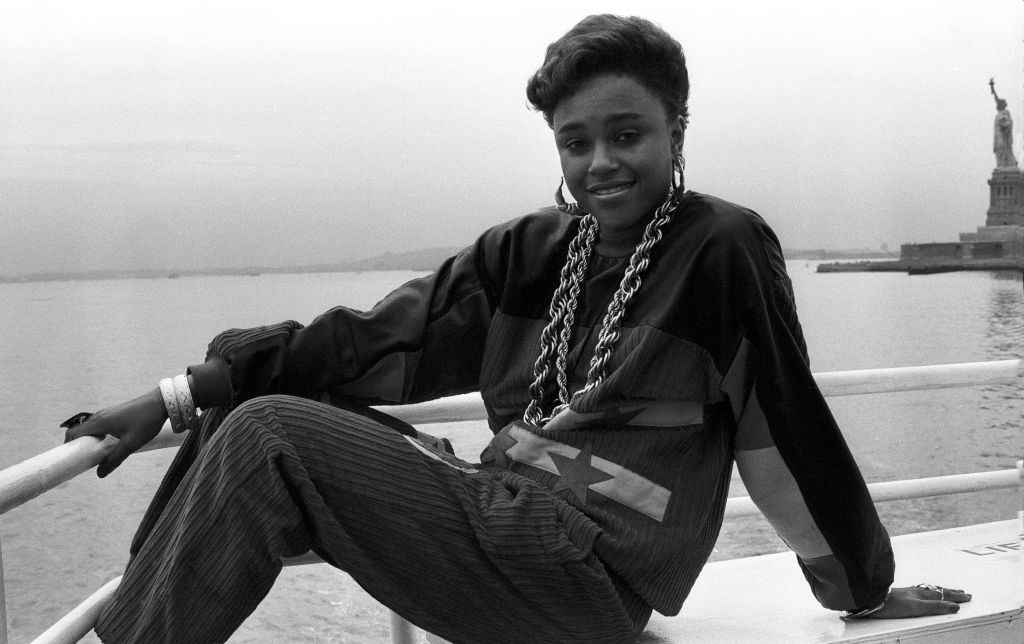 During her travels to NYC, she became peers with KRS One and Scott La Rock and a few years later at 15, she made her debut stage performance in Toronto as an opener for Boogie Down Productions.

Many people gravitated to the artist for her unique delivery combining English with Jamaican Patwah. “Hip Hop had an accent,” says Michie Mee, and for her that meant combining the language of where she lived, with where she was from, in a New York cadence that reflected that she was a studied and learned student of rap. Shortly after she met with Phillip Gayle, who went by L.A. Luv, a local producer, and they formed the duo Michie Mee and L.A. Luv.

The duo’s first single, “Elements of Style”, had crossover appeal that garnered them a monumental win: they became the first hip hop act to be signed to an American label, First Priority of Atlantic Records in 1988.

Despite signing to a label, Michie Mee still had to support her mobility by her own means. She recalls paying for her own way often to make connections across the border. She became the peers of other then-emerging artists like Salt’N’ Pepa, MC Lyte, LL Cool J and Queen Latifah who tapped her to be in the 1989 visual for “Ladies First”. These obstacles presented themselves as learning opportunities and she cultivated her own sense of style and identity. The artist became a Jill of all trades learning how to be her own stylist, makeup artist and dot connector.

With all of her amalgamated experience, Michie didn’t just limit her sights to music. She wanted to find herself in film and production. She got her first gig in a TV series called My Secret Identity in 1989 and continued to audition for more.

She also ensured that she maintained connections back home. In 1981 she received a call to perform at the annual Sting stageshow in Jamaica and headed to Kingston with Much Music’s video crew in tow.

She continued to forge connections and cement herself into the New York hip hop scene while simultaneously laying the groundwork for Canada’s own hip hop music landscape. Three years later the culmination of hard work came together in Jamaican Funk—Canadian Style, the duo’s debut album, a rich illustration of the artist’s Canadian, Jamaican and hip hop sensibilities and her first Juno-nominated project for Best Rap Recording the following year.

Throughout the nineties, Michie Mee continued to forge her own path in music as a solo artist after parting ways from L.A Luv, but she didn’t want to limit herself to the world of rap. She had a short stint as a vocalist in the Raggadeath band, an act which combined rock, ragga, hip hop and metal to create their unique sound.

Once the 2000s rolled around, Michie Mee hit two milestones: in another Canadian first, she starred in Drop the Beat, a drama about friends who create a college radio show to introduce its audience to Canadian hip hop. The second was that the artist released her first album as a solo artist titled The First Cut Is The Deepest, later nominated for a JUNO for Best Rap Recording. After a 20-year hiatus to raise a family and pursue acting, fans saw the artists’ resurgence by way of her 2020 album Bahdgyal’s Revenge.

“I just happened to be blessed [at the time] when everybody was hungry and female voices were limited and few. One with an accent was even fewer,” says Michie Mee pioneering her way through the industry. With nearly a lifetime of being surrounded by the music, the artist is ready to release a retrospective through her memoir, set to be released in 2023. Honing in her Jamaican heritage to form unforgettable sounds, Michie Mee’s creativity knows no bounds, and it’s that same embodied energy that powered her through and to her destination.