Finding the pathway - The JUNO Awards 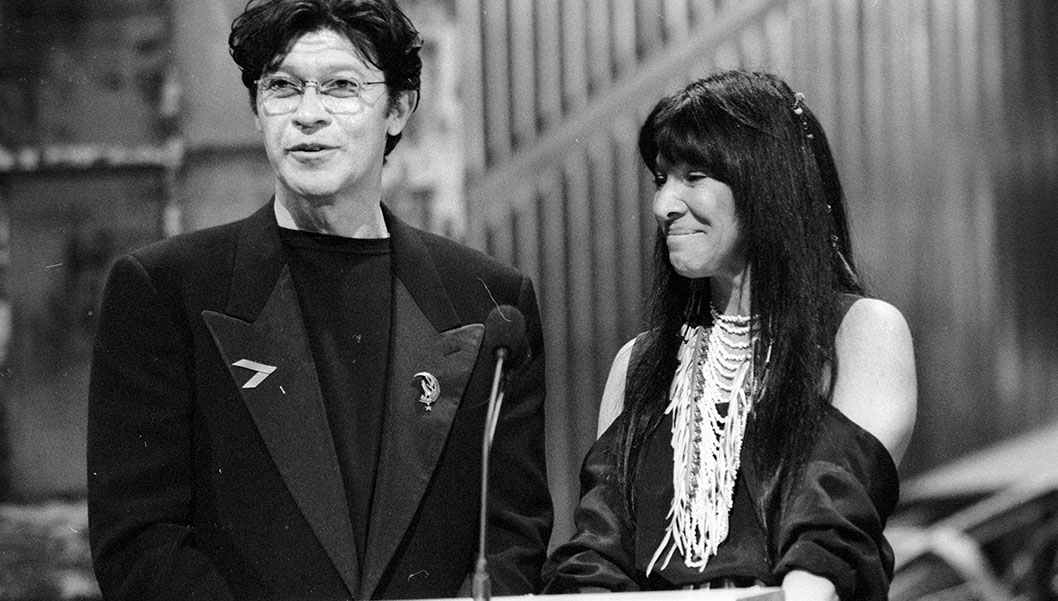 Brian Wright-McLeod (Dakota/Anishnabe) is a Toronto-based music journalist, writer, artist, producer, archivist and educator, whose work has furthered the understanding and appreciation of Indigenous music. His first book The Encyclopedia of Native Music [University of Arizona 2005], and the companion 3-CD Soundtrack of a People [EMI 2005] which documents commercially released Native music from 1905 to 2005 in traditional, powwow, flute and contemporary genres from the Arctic regions to the US Southwest. It was the basis for the Smithsonian Institute’s Native music exhibit Up Where We Belong (2010-2015) that launched the documentary film Rumble [Rezolution Pictures 2017] which won three 2018 Canadian Screen Awards. He has lectured internationally, worked as a music consultant for film, television, recording projects, and institutions including the Juno Awards (Indigenous Recording Committee Chair: 2000-2004), and helped establish the Native music category for the Grammy Awards (2000-2010). Currently, he teaches Indigenous Music in Culture at Centennial College; Indigenous Studies at George Brown College, and Indigenous Media at York University in Toronto. 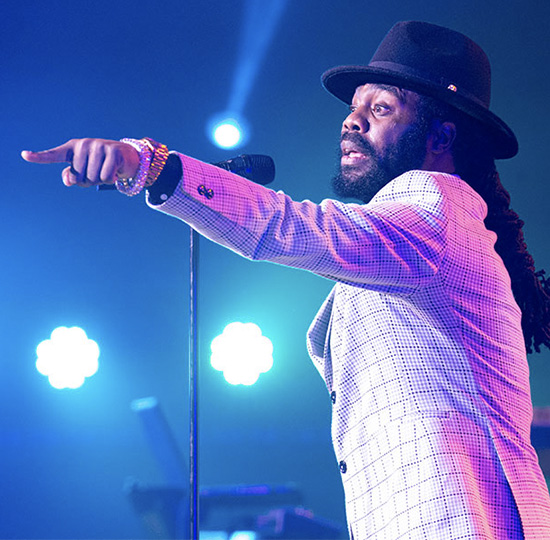 Crafted in Jamaica, cultivated in Canada 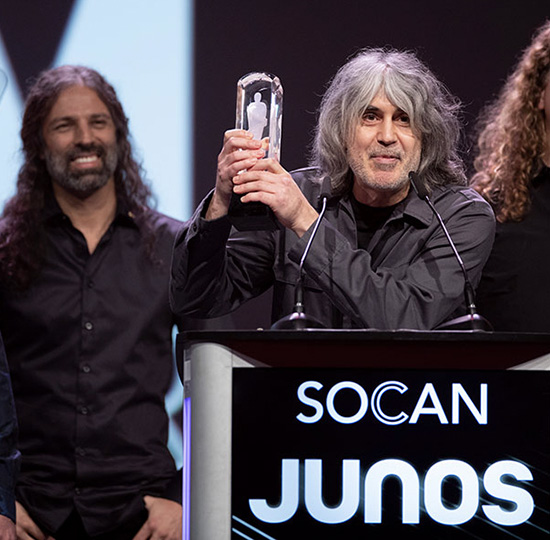 A brief history of Indigenous artists and the JUNOS

There has long been a vast array of artists and genres that comprise Indigenous music in Canada. But as recently as just under 30 years ago, much of it was still largely unheralded by the public or the mainstream music industry.

But that was about to change.

In the early 1990s, one influential artist – none other than Buffy Sainte-Marie – decided something needed to be done. Along with two allies – musician Shingoose (aka Curtis Johnny) and producer Elaine Bomberry – the internationally acclaimed singer/songwriter lobbied hard for the Canadian Association of Recording Arts and Sciences (CARAS) to shine a light on the rich contributions First Nations musicians were making – and to help garner the wider attention and celebration they deserved.

And the trio was heard.

The result: the inception of the Best Music of Aboriginal Canada Recording category at the 1994 JUNO Awards. That year the very first recipient was the artist Wapistan for his album Wapistan is Lawrence Martin released on First Nations/EMI Music Canada. 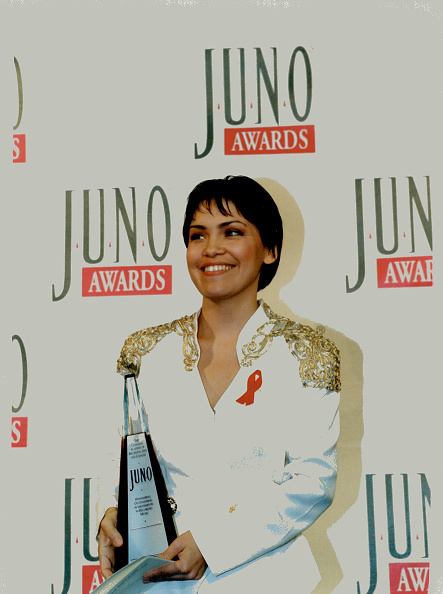 Guidelines for inclusion in the category identified any traditional (voice/language, flute, drum, powwow, throat singing, Metis fiddle) and contemporary style that fit into the sensibilities of Indigenous experience in lyric, cultural style and instrumental application that profiles indigenous culture. To this day, the application process continues to evolve in order to accommodate limitations faced by remote reserves and communities across Canada. Numerous industry people from the Indigenous community have served on an evolving committee that strives to facilitate a growing music scene.

Although many widely known artists such as Susan Aglukark (Inuit) have won awards in the category, they have also earned recognition in other areas, including Best Engineer and Best Producer. The hip-hop group A Tribe Called Red, which actually prefers to submit applications in non-Indigenous categories, notably garnered the Group of the Year Award in 2018.

While superstars Robbie Robertson (Mohawk) and Buffy Saint-Marie (Cree) had been earning accolades for decades prior to the 1990s, the Indigenous music scene had yet to truly flourish by that time.

Prior to that era – and the establishment of the Indigenous category – the industry saw few Indigenous artists attain stardom. In 1961, Robbie Robertson, guitarist with Ronnie Hawkins and The Hawks (and, later, with the critically acclaimed The Band), created a distinctive guitar style known as the “Toronto sound.”

While much of the Canadian music scene was predominantly folk and country, by 1966 Maritime Fiddling Champion, Lee Cremo (Mi’kmaq) began recording with the Toronto-based label Adaut Records. Cremo was also credited for being a predominant influence on Natalie McMaster and Ashley McIsaac.

The all-Native country show band The Mighty Mohawks Country Show Band from Kahnawake, Quebec performed at Canada’s centenary celebrations Expo ’67 in Montreal in 1967. The group invariably donned the standard country music garb, but then customized their look with their own cultural attributes, including Mohawk hairstyles. Similarly, the Chieftones (billed as Canada’s All-Indian Band) began recording rockabilly and easy-listening rock albums in the United States.

There was a small cadre of Indigenous artists who were starting to make mainstream inroads to larger audiences in the early 1970s. Folk singer Willie Dunn (Mi’kmaq-Couashauck) released his first self-titled album of protest songs on Summus Records, and was active directing films with the National Film Board of Canada. His first album included the underground hit, “I Pity the Country.” During that time, it was predominantly CBC/Boot Records and CBC Northern Services that consistently issued recordings of mostly Inuit traditional and contemporary music. Metis singer/songwriter, Ray St. Germain was hosting a variety show on national TV at this time as well.

The JUNO Awards did have a small Indigenous presence at the dawn of the 1980s, which included Country singer Laura Vinson (Cree-Metis) who received a nomination for Country Female Vocalist of the Year in 1979. In 1985, the Winnipeg-based country group The C-Weed Band was nominated for Country Group of the Year.

Florent Vollant and Claude MacKenzie who comprised the duo Kashtin (Innu) from northern Quebec released their first CD in 1989. The album, sung in an indigenous language spoken by no more than 10,000 people, went platinum in Canada. Soon after, the likes of Winnipeg’s Eagle and Hawk would gain international followings.

Ultimately, an established category in 1994 designed to recognize and celebrate the Indigenous music scene opened doors for many up-and-coming First Nations artists. And there was no looking back.

The current direction includes artists representing every possible contemporary and traditional Indigenous music genre. The burgeoning talent pool spans the entire country and attests to the hard work of a category that has encouraged a competitive and creative First Nations music industry. The JUNO Awards provide a pathway to success for all Indigenous singers and songwriters.