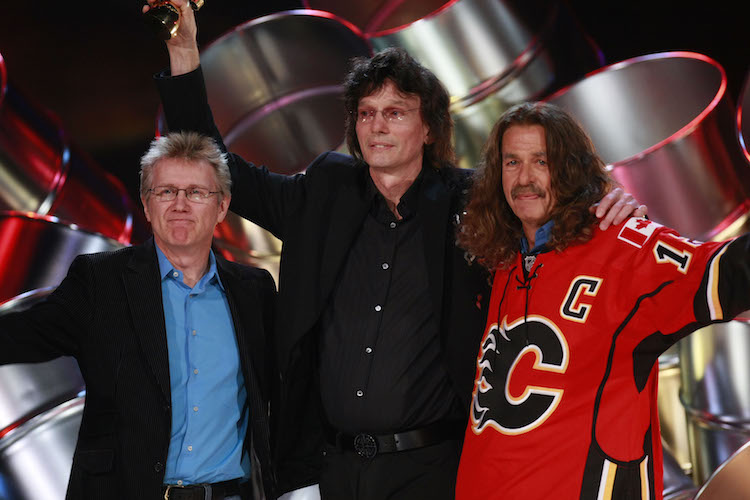 Members Rik Emmett (vocals/guitars), Mike Levine (bass/keyboards) and Gil Moore (vocals/drums) were destined for stardom when they formed the Canadian hard-rock trio, Triumph, in 1975. Their debut self-titled album was released in 1976 by Attic Records and quickly reached gold status. On the strength of the group’s non-stop touring schedule throughout Canada and the USA, Triumph had rapidly built a large and loyal fan base.

Triumph followed up their debut album with the multi-platinum Rock ‘N’ Roll Machine (1977) and Just a Game (1979) releases – both of which are considered rock classics. The band became increasingly notorious for their live performances, dubbing them the godfathers of arena rock.

By the ‘80s, Triumph truly became a force to be reckoned with, releasing a string of gold and platinum-certified albums including Progressions of Power, Allied Forces, Never Surrender, Thunder Seven and The Sport of Kings. Their bombastic over-the-top arena tours combined with such classic radio staples (“Fight the Good Fight,” “Magic Power,” “Lay It On The Line”) and multiple JUNO Award nominations solidified the group as one of rock’s top concert attractions.

In 1995, the entire Triumph catalog was re-mastered and reissued on CD. These days, several producers at the Metalworks Studios’ facilities in Mississauga, Ontario, are hard at work preparing future Triumph DVD and CD releases from the vaults.

In June 2008, the original members of Triumph, Emmett, Levine and Moore, will unite to perform a reunion world premiere at the prestigious Sweden Rock Festival.