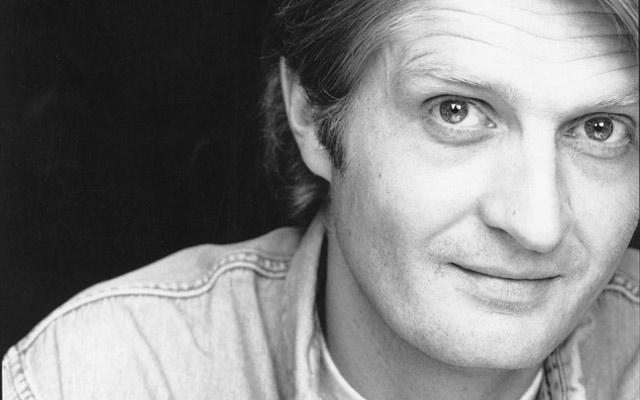 A long and fascinating career characterized by creative adventurousness and musical and personal integrity make Tom Cochrane a highly deserving inductee into the Canadian Music Hall of Fame.

Cochrane was born in Lynn Lake, Manitoba, the son of a bush pilot. The family soon relocated to Ontario, and Tom set the stage for his future when, at age 11, he swapped a toy train set for his first guitar. “I think that I enjoy playing live now more than ever, after all, they (his fans) breathe life into the songs without one the other does not exist…I have always known that but never more clearly than now.”

By the early ’70s, he was performing folk-oriented material in coffeehouses in Yorkville. In 1973, a single on Daffodil Records, “You’re Driving Me Crazy,” marked his recording debut, followed by an album, Hang On To Your Resistance, issued under the name Cochrane.A few years of struggle, travel, dues paid (and cab driving) followed, but a turning point came when Toronto band Red Rider took Tom on as lead singer/songwriter. From 1980-84, Red Rider released four acclaimed studio albums that married imaginative musicianship and lyrical eloquence. Songs like “Lunatic Fringe” and “White Hot” are still relevant today, and they brought Red Rider significant sales and rock radio play in Canada and the U.S. “Lunatic Fringe” went on to become one of the most played songs in history on American Rock radio.

After some personnel changes, the group resurfaced as Tom Cochrane & Red Rider in 1986. The album of that name produced major hits in “Boy Inside The Man” and “Untouchable One,” it was followed by the hit albums “The Symphony Sessions” and 1988’s Victory Day an album which included one of Tom’s signature songs the haunting Canadian tune “Big League.” A JUNO Award (one of many) as Songwriter of the Year in 1989 confirmed the respect Tom now enjoyed within the industry. Red Rider then folded, but Cochrane’s solo career quickly took him to new heights. His 1991 tour de force, Mad Mad World, became one of the biggest-selling Canadian records of all time, scoring diamond status (for a million sales) here. Its heartland rock sound traveled well, thanks to smash hit single “Life Is A Highway,” and the album notched two million in international sales.

Subsequent albums such as Ragged Ass Road off of which the poignant single “I Wish You Well” was released to become the first song in Canadian radio history to enter both the singles sales chart and air play chart at # 1 simultaneously and X-Ray Sierra continued to please Cochrane’s large fan base here and also abroad, while the recently released career retrospective, Trapeze, reminds us of his formidable talents and how well even some of the earlier songs stand the test of time.Throughout his career, Tom Cochrane has thrown his support behind a wide range of worthy causes.

He has traveled to Africa on behalf of World Vision four times, and his latest single, “Just Like Ali,” will benefit research into Parkinson’s, a disease that afflicted his father.Tom now divides his time between the tour bus, the city and his beloved studio/retreat “Layastone” on the shores of Georgian Bay. His passion for music has not waned and he is currently writing and pre-producing songs for his next release. Tom Cochrane and Red Rider are also on the verge of extensive touring over the spring, summer and fall of 2003 in Canada and the US. In Tom’s words “I think that I enjoy playing live now more than ever, after all, they (his fans) breathe life into the songs without one the other does not exist…I have always known that but never more clearly than now.”