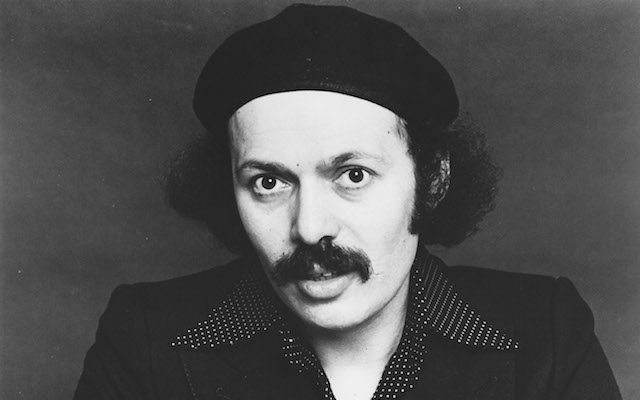 Domenic Troiano was born in Modugno, Italy in 1946. Troiano and his family came to Toronto in 1949. He became a naturalized Canadian in 1955. A little more than a decade after coming to Canada, he was immersed in the city’s burgeoning rock and R&B music culture, and, along with other budding guitar slingers, used to study The Hawks’ Robbie Robertson at Concord Tavern Saturday matinees. By age 17 he had taught himself to play from chord books and by studying the work of his musical idols.

He defined what contemporaries call “The Toronto Sound” during stints with Robbie Lane and The Disciples, only a few years after he learned to play guitar, and by replacing Robbie Robertson in the lead guitar role with Ronnie Hawkins. After less than a year with The Disciples, he joined a group that later called themselves Rogues, then the 5 Rogues and, finally, from 1966 through 1969, Mandala. Group’s hits included the classic “Opportunity” (1967) and “Love-itis” (1968). Despite Mandala’s popularity, vocalist George Olliver left the group in mid-1967. His replacement was Roy Kenner, an old friend of Troiano’s. Some of Mandala’s members, Troiano, Kenner, and drummer Whitey Glan decided to form a new group. They recruited bassist Prakash John, moved to Arizona, formed the band Bush in 1970 and released one self-titled album.

In 1974 Troiano joined The Guess Who as Randy Bachman’s replacement. After The Guess Who disbanded, he tried his hand again at a solo career and produced his third solo album “Burning at the Stake” and then “Jokes on Me”. In the meantime, Troiano formed The Domenic Troiano band in 1976. The band was together for 3 years. In 1979, Troiano released his last solo album “Fret Fever”. Throughout his career, Troiano remained humble and polite in spite of his success, escaping the trappings of fame and excess.

Approximately one year after the release of “Fret Fever”, Troiano formed the Black Market with Bob Wilson and Paul DeLong. They released “Changing of the Guard” in 1981. In the years following, he started writing themes and incidental music for TV such as Night Heat, Diamonds and Hot Shots. He played for other artists such as Diana Ross, Joe Cocker, Donald Fagen, David Clayton-Thomas, Etta James, and produced albums for singers, including his ex-wife Shawne Jackson.

Domenic Troiano, a musician’s musician, was inducted into the Canadian Music Hall of Fame in 1996.

About a decade ago, unfortunately, Troiano was diagnosed with prostate cancer. He succumbed on May 25, 2005. He was 59.